Oryx and Crake – Welcome to the Future

Oryx and Crake is the first book in the dystopian trilogy Maddadam by critically acclaimed writer Margaret Atwood. The novel is set in the post-apocalyptic future around the year 2050 and centers on the main character Snowman.

Contents of Oryx and Crake

As the only human left on earth, Snowman is tasked with teaching a group of humanoids known as Crakers. All the while, dwelling on the past, his lost-love Oryx and the devastating set of events that brought him to this place.

Oryx and Crake by Margaret Atwood is a must-read book of the twenty-first century. The BBC gave a glowing review of the book and included it in their top 100 influential novels of all time.

You can grab the e-book at several sellers including:

Should you be tasked with writing an analysis or thesis of the book, you can pick up excellent study guides from Gradesaver and Sparknotes. Guides include character overview, themes, and a summary of each chapter.

Oryx and Crake summary of characters

The story is told from the character Snowman’s (also known as Jimmy) perspective. It centers around a love triangle between himself, his friend Crake (originally known as Glenn) and the beautiful Oryx.

After the apocalypse, Jimmy renames himself Snowman. He does so since he appears to be abominable from the plague that has wiped out the rest of mankind and left him as the sole survivor. He also feels as though he is melting into nothingness. As a child, Jimmy is intelligent and a class clown but only graduates as an average grade student and proceeds to work at an ad agency with his gift for words.

Glenn and Jimmy first meet when he is an exchange student. Glenn is a brilliant student that goes on to study genetics at the prestigious Watson-Crick institute. His unique ideas coupled with being an extraordinary geneticist lead him to create the humanoids known as the Crakers. Glenn spirals throughout the novel into the evil genius and mad scientist character.

When Jimmy and Glenn are young they regularly frequent sites detailing executions, assisted suicides, and child pornography. It is unclear whether she is the child sex slave that both Jimmy and Crake become obsessed with. As a young woman after being sold by her mother, Oryx is sold from one man to the next until she is found in a locked garage. During the novel, she becomes both Snowman and Crake’s lover.

The Crakers are humanoid creatures created by Crake who live harmoniously in the Paradise project.

They contain the best genetic material from across all creatures, according to Crake. Jimmy protects them and makes sure nothing harms or confuses them. They seek to learn from Jimmy but are programmed to drop dead at the age of thirty, having children that mature more rapidly than humans do.

The novel begins by describing how Snowman is living as a caretaker to a peace-loving race of creatures called Crakers. In this world, Snowman is the only human, and the year is around 2050. However, close to starvation, Snowman must step out of the safety of the compound into a world of genetically modified hybrid animals on a mission to find food.

The story is told by a series of flashbacks going back to when Snowman was a boy called Jimmy. In around 2030, Jimmy’s largely unhappy childhood is described with an absent mother and a father that struggle to connect with the boy. Jimmy’s parents are both scientists in a world that respects mathematical and scientific brilliance, but not those with literary talents like Jimmy.

Jimmy makes friends with Glenn Crake, a genius with whom they watch graphic material together. This is when they both become obsessed with Oryx, a girl in pornographic movies they have seen.

Going their separate ways after high school, they meet up again when Jimmy is depressed due to the execution of his mother. Crake is running a bio-engineering team and recruits Jimmy to be a caretaker in the Rejoov compound for his Craker population. He then hires him to help market Blysspluss, a Viagra-style pill that unbeknown to Jimmy is a sterilization pill. In the compound, Jimmy finally meets another human, the beautiful Oryx.

A love triangle ensues centering around Oryx, who has a caring nature but makes herself sexually available to both. Jimmy realizes that Crake intended to wipe out the human race with his Bysspluss and sensing Oryx may be in danger heads to confront Crake. When he arrives, Crake slits Oryx’s throat, and Jimmy kills Crake with a gun. The book’s ending is a cliffhanger in the year 2050. During his expedition, Snowman sees other humans around a campfire and decides whether to confront them.

What is Oryx and Crake about?

In the book, Atwood is warning about descent from our modern society that may befall humanity, if we don’t take action. Much of the grotesque imagery that Jimmy and Glenn freely watch can already be seen by quickly logging onto the dark web now.

Through the character Oryx, she explores the effects of pornography and child abuse. And in being able to clone animals, we are not too far away from possibly breeding the hybrids of Atwood’s novel. Elon Musk states that humanity is at a serious risk posed by the rapid and unstoppable progression of artificial intelligence. While Atwood appreciates that the novel goes beyond current realism, it delves into possible not too distant outcomes for planet earth.

He doesn’t know which is worse, a past he can’t regain or a present that will destroy him if he looks at it too clearly. Then there’s the future. Sheer vertigo.

“‘Your friend is intellectually honorable,’ Jimmy’s mother would say. ‘He doesn’t lie to himself.”

Oryx and Crake is the eleventh novel from Margaret Atwood in a glittering literary career. The sequel The Year of the Flood has been made into a movie. Since the 1960s she has over 60 books, novels, and collections of short stories published:

Her most famous works include:

Oryx and Crake was shortlisted for the 2003 Booker Prize for Fiction, as well as for the 2004 Orange Prize for Fiction, without eventually winning through. However, Atwood has won a plethora of literary awards including The Booker Prize, twice and Arthur C.Clarke for best science fiction. Aside from her literary prizes, Atwood has received over twenty honorary degrees from Universities in Canada, and across the world.

In Canada, she holds several honorary degrees including from the Ryerson and Concordia University, in addition to the University of Toronto, Waterloo, and Guelph. In the U.S she holds a degree from Harvard University where she used to teach. She also holds degrees across Great Britain, in Ireland, Wales, Scotland, and England, most notable are degrees from both Oxford and Cambridge University.

Atwood is an environmental activist, animal rights activist, political activist, feminist and atheist. She is known for allowing her passions and activism to influence the themes in her writing. And her fame from writing to spearhead her activism and shine a light on her views. 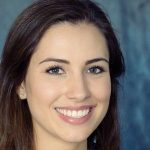 Jenevie Maxwell is a student reading Political Science at the University of Guelph-Humber. A confessed feminist and humanist, Jenevie is an Atwood fan and regularly joins protests by The Handmaid’s Coalition.